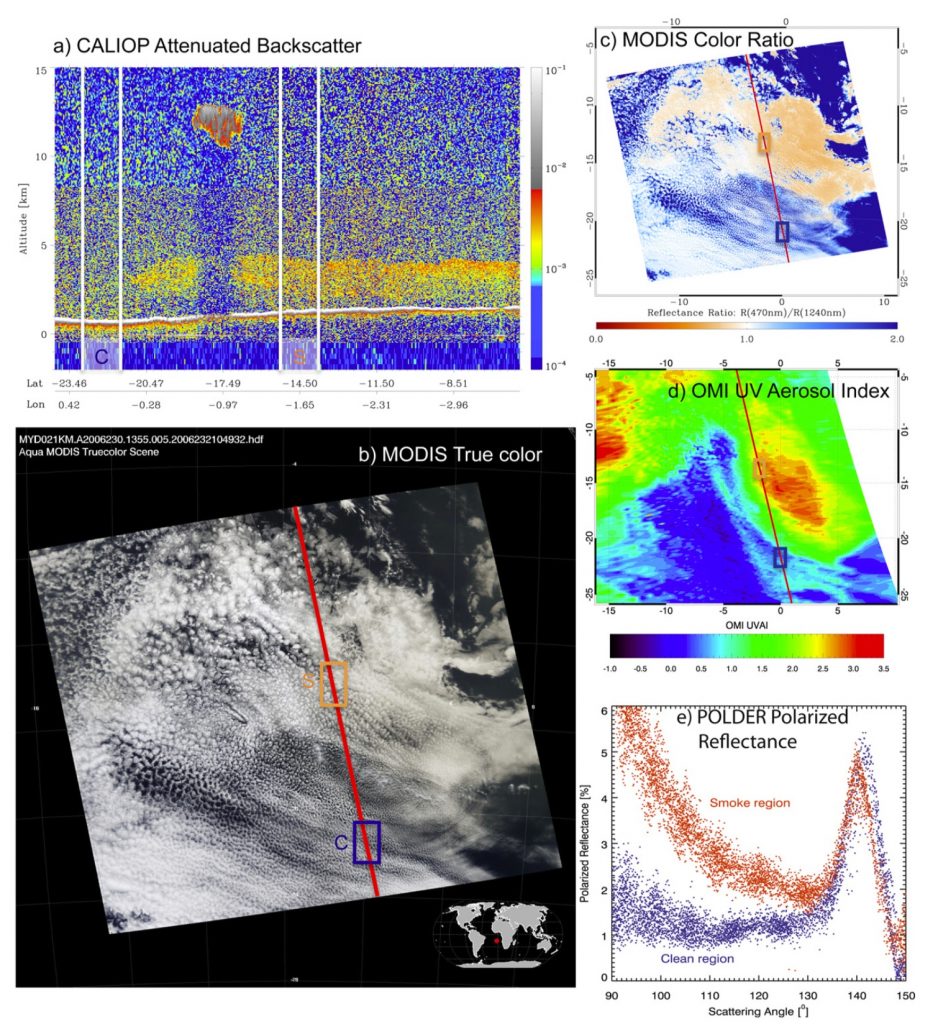 Although aerosols are usually found in boundary layer beneath clouds, they can be elevated during long-range transport and rise above low-level clouds. In fact, above-cloud aerosols are persistently observed in several regions of the globe during certain times of the year. Above-cloud aerosol is an important and interesting component of the climate system for a number of reasons, above all because its shortwave direct radiative effect can differ significantly from that of clear-sky aerosols. The direct radiative effect of aerosols at the top of the atmosphere is strongly dependent on the underlying surface. Over dark surfaces (e.g. ocean surface), the scattering effect of aerosols is generally dominant, leading to cooling effect at top of the atmosphere. In contrast, when aerosols reside above clouds, their absorption effect can be significantly enhanced by cloud reflection, and offset or even exceed the scattering effect of the aerosol leading warming effect at top of the atmosphere. The prevalence and unique radiative effects of above-cloud aerosol make it an important topic for understanding the full complexity of aerosol effects on global radiative energy balance and regional climate. Another important research direction of our group aims to better understand the climatic effects of aerosols that reside above clouds. Since 2013, noteworthy publications from my group in this area include  [Yu and Zhang, 2013; Min and Zhang, 2014; Zhang et al., 2014; Meyer et al., 2015; Zhang et al., 2016c; Rajapakshe et al., 2017; Lu et al., 2018]. These studies are among the first to explain the underlying physics that enables the remote sensing of the unique above-cloud aerosols and quantify their impacts on cloud properties and radiative energy budget.